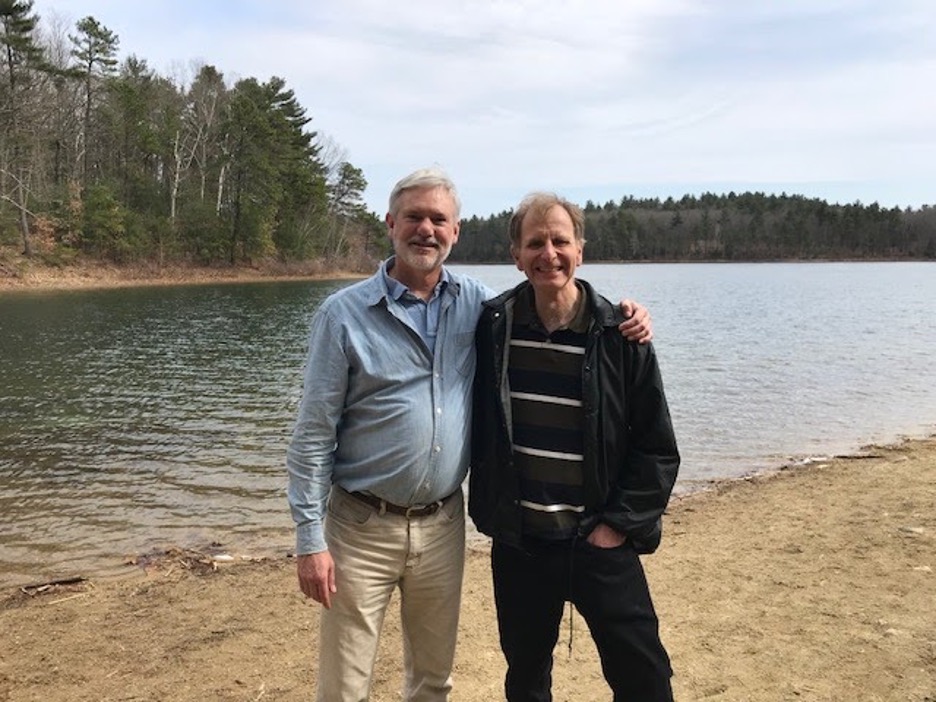 Like many of you, I recently received an Alpha Epsilon Alumni survey. My initial reaction was to procrastinate on answering it until I reached question 15. It said, “How did your Chi Psi experience impact you personally and professionally? Do you believe the Chi Psi experience is important for future generations of Michigan students?” For those Brothers who only have time to read the executive summary, it is this: Over time, the lessons I learned at the Lodge forty years ago have become so fundamental to how I try to relate to people that I have almost forgotten where I learned them. The three most valuable lessons I learned were: care for others, shoulder responsibility, and play win-win.

One of the people who taught me to care for others was “PV” Pete Stynes, E’78. I pledged Chi Psi at the beginning of my freshman year in 1977. I had high expectations for myself, and in the first few months of the term, I was unsure if I could meet them. A few weeks after pledging, I realized that Pete, a senior in the Lodge with an outstanding GPA, had a physical chemistry class in the same lecture hall as me. He’d gotten the nickname “PV” for Plant Visit since he was being flown around the country on interview trips. He made a point of saying hello whenever he saw me, inviting me to drop by the Lodge if I needed help or just wanted to hang out.

His concern made a deep and lasting impression on me. He didn’t have to care about me, a freshman pledge, but he did, welcoming me as a peer. I resolved that whenever I could support a pledge or younger Brother, I would do so in his honor.

I moved into the Lodge in the fall of 1978. There was no organized meal service on the weekends, but the kitchen and refrigerator were open for Brothers to cook or eat leftovers. Brothers were supposed to clean up after themselves, but there were lapses that led to dirty pots and pans on Monday morning, which the cook had to clean before she could start making breakfast.

Lodge Manager Steve Crow decided to create a dedicated Sunday Kitchen Crew of 4-5 Brothers to be responsible for cleaning the kitchen each Sunday night. I volunteered and remained on the crew for the rest of my time at U-M. I had plenty of late Sunday nights, including all-nighters, working on assignments due on Monday, but I never skipped my kitchen duty. I knew that all the other Brothers on the crew would complete their jobs and the cook was entitled to a clean work environment. Cleaning the kitchen wasn’t glamorous, but it needed to be done, and I had a responsibility to the Brotherhood.

Once or twice a year, the Ann Arbor Health Inspector would make a pre-announced visit to the kitchen and we would work late into the night, buoyed by the camaraderie and a desire to do the job well. Our work paid off, as Alpha Epsilon dominated Off-Campus Cleanest Kitchen Awards.

In my senior year, I went on a Chi Psi retreat called the Program for Self Development with exercises on goal setting and relating to people. In one exercise, I was paired with Chris Laus, E’81. I assumed Chris was my opponent, and I played to outscore him. When the game concluded, the facilitator revealed that the objective of the game was to maximize the sum of the players’ scores. Because I had played selfishly, Chris and I scored poorly compared to other pairs. The facilitator went on to tell us about an East Coast Chi Psi Alpha that was engaged in an existential struggle with their university’s administration. The administration wanted the Alpha to become co-ed, driving the Brothers to form a tight-knit resistance. The facilitator noted that when he conducted this exercise with those Brothers, they grasped the win-win objective of the game without being told. I decided that seeking a win-win outcome was a superior way of engaging with others.

I have seen the value of these lessons in my career. In late 1991, the Silicon Valley startup I was working for looked like it might fail, and I decided to look for a job while I still had one. I applied to Acuson, a major manufacturer of ultrasound imaging systems for medical applications. When I applied, I called Dr. Karl Krecke, E’80, a radiologist at the Mayo Clinic, to solicit his opinion of Acuson. He responded without hesitation, “It’s the highest quality ultrasound equipment in the world. Period.” When Acuson offered me a position, I accepted.

Acuson was a great place to be an engineer. Acuson’s founder and CEO had a Ph.D. in ultrasound from MIT, and engineering excellence was the linchpin of Acuson’s business success. Doctors bought Acuson systems because their superior image quality allowed these doctors to make difficult diagnoses. Many of my colleagues had graduate degrees from leading engineering schools- MIT, Stanford, Cal Berkeley, Illinois, and Michigan.

I joined the Sequoia project team that had the objective of achieving breakthrough performance in ultrasound imaging. After four years of intense effort, the team fulfilled its objective. Physicians using a Sequoia system could see anatomical features that had never been seen with ultrasound before, and Scientific American magazine ran a two-page article on the project. Most importantly, Sequoia impacted patients’ lives. Doctors reported that Sequoia’s clearer images could reveal when a mass was benign rather than malignant and thus save a patient from surgery.

Sequoia taught me that engineering is a surprisingly social process. Technical strength is a prerequisite for qualifying for a high-performance engineering team, and U-M College of Engineering gave me that. But the Sequoia team succeeded because we worked well together. As the vice president who led the project said, “Either all of us cross the finish line, or none of us does.” Consequently, we cared about each other’s success. We shouldered responsibility. We played win-win. Sound familiar?

A brief act of fellowship. A mundane weekly chore. A 15-minute exercise at a weekend retreat. The consequences of each seemed immaterial at the moment. And yet these experiences, which I would never have had in an impersonal dorm or an isolated apartment, prepared me to contribute to a system that patients’ lives depended on.

Can the Chi Psi experience be important for future generations of Michigan students? It was for me. And to all those Brothers who contributed to my experience, in many more ways than I have written about here, I offer my deepest thanks.