The Alpha Epsilon of Chi Psi Re-founding Class of 2021 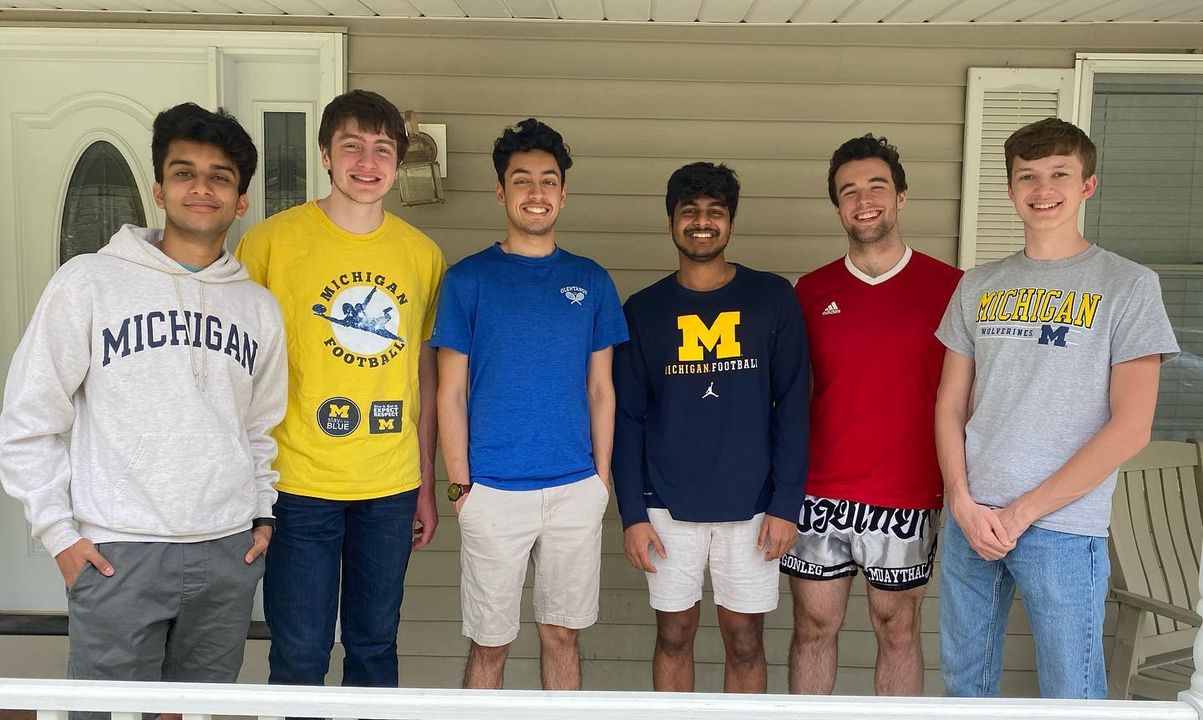 Blake Duddles is a sophomore at the University of Michigan from near Traverse City, MI. While his major is still undeclared, he is currently planning on pursuing a degree in either economics or psychology. Blake is the elected president of the Secular Student Alliance, a small student-led organization that facilitates weekly discussions about the moral philosophies of major world religions and the impact of religion on current events. Blake’s favorite hobbies include chess, reading nonfiction books, 3D printing and design, talking politics, and trading stock options from a small portfolio.

“I joined Chi Psi because I saw an opportunity to be a part of a fraternity whose core values are important and upheld. When I first looked at the fraternities around UofM, I mostly found what seemed to be social gangs created for the specific purposes of partying, with little concern for things like responsibility and philanthropy. I was looking for something else – to forge lifelong bonds and be a part of something greater than myself. As a re-founding member of Alpha Epsilon, I will help shape this fraternity and ensure that we stick to what makes us so great in the first place – our values.”

Derek Johnson is a junior from Birmingham, MI majoring in Mechanical Engineering and minoring in Japanese. His hobbies and interests revolve around cars, music, and Detroit sports (mostly the Lions and Pistons). He would like to begin his career in the Japanese automotive industry and spend a few years in Japan.

“I joined Chi Psi in the hopes of using the power of Brotherhood to empower one another AND the community surrounding us.  A large group of like-minded gentlemen can make a large positive impact and I am excited to see if we can set the example for the Michigan Greek community.”

James Wishart was born and raised in Ann Arbor and went to Pioneer High School. He was a Boy Scout and earned his Eagle freshman year of high school, and had the privilege to go to Philmont three times. James rowed all four years of high school and was co-captain of the men’s team his senior year. In his freshman year of college, he was a member of Michigan Research and Discovery Scholars, a UROP living-learning community and did research in an ultrasound lab on hardware acceleration, and is currently in MRADS as a Peer Mentor.

“I didn’t really feel like Greek Life was for me, but the way Chi Psi was introduced to me, with their values being shown in the recruitment process, convinced me that this could be different. I’m excited to grow our Alpha out from this core group and find some more gentlemen on campus, and to develop the group relationship with everyone already involved.”

Mukesh Sivakumaran is a freshman in LSA pursuing the pre-med track. He is from Ann Arbor, where he attended Huron High School. In his spare time, he enjoys playing the piano, biking, and going for long drives. At the University, he is involved in a number of organizations such as the Men’s Glee Club, TedX, IASA, and MLEAD academy.

“I joined Chi Psi because I wanted to form new bonds and long-term relationships with my fellow college students in and out of the University. I am excited to be a part of Chi Psi due to the opportunities it can provide for me in terms of connecting with the community around me.”

Saketh Thota is a sophomore at Michigan majoring in Computer Science. He is from Portage, MI but has moved quite a bit around the country and lives in Illinois now. He is big on winter sports and loves traveling, hiking, and running. He’s been a big Michigan fan for years and has been coming to games at the Big House ever since he moved to MI. He’s always loved giving back to communities and has been an Engagement Ambassador through Red Cross. On-campus, he is a part of One Team Coding and plays IM soccer and flag football.

“Greek Life was never something I thought I’d be a part of at Michigan. Though I hadn’t known much about it prior, I found that Chi Psi’s focus on Brotherhood, its history at UM, and this opportunity to help it grow into a meaningful experience for both current and future members of this Alpha was something I wanted to be a part of. I’m looking forward to seeing what our Alpha can accomplish and how we can make an impact on Greek Life here at UMich.”

Suyash Dixit is a sophomore at Michigan majoring in Mechanical Engineering. He is from Portage, MI, and has moved around quite a bit in the small-town Midwest. He is a big outdoors guy and likes to stay active whether that’s playing tennis, hiking dunes, or biking. He is also a really big sports fan, particularly a college football junkie, and always gets a thrill out of game days in AA. When it comes to hobbies, Suyash is very musically inclined. He plays the viola and keyboard and is trying to pick up as many new instruments as he can. On-campus, he is currently part of the Michigan Baja Racing Team and plays IM tennis. He is really looking forward to becoming a part of the Chi Psi Brotherhood and all the memories that have yet to be made.

“This fraternity was truly all about bringing out the best in individuals by encouraging academic excellence while instilling a set of values that would morph its members into gentlemen of class and virtue. Intrigued, I decided to take a leap of faith and accepted my bid to join the re-founding group, and am excited to play a part in finally restoring Alpha Epsilon to what it once was.”

Thejas Rengaswamy is a freshman at the University of Michigan. He is currently pursuing a Bachelors in Business Administration from the Ross School of Business. Thejas is currently a part of Theta Capital, an investment club that aims to increase investing literacy in as many Michigan students as possible. He is also a part of Michigan Sahana, an Indian Classical Music club for which he plays the violin. Thejas is very interested in investing, real estate, politics, and music.

“I initially didn’t want to join Greek Life at all, but Chi Psi changed that. Every meeting led to a more positive and constructive view of what Greek Life could be. Because of Chi Psi’s emphasis on values and its actual commitment to creating a fraternal organization with gentlemen, I decided to give Greek Life a chance and I’m glad that I did. I look forward to giving others that opportunity.”